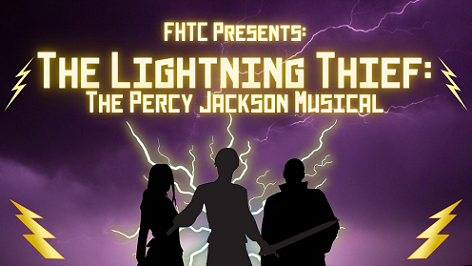 The Greek gods are real, and they're ruining Percy Jackson's life.

After Percy discovers he's the demigod son of Poseidon, he and his friends embark on an epic journey to find Zeus' missing lightning bolt and prevent a war among the gods. To succeed on his quest, Percy will have to do more than catch the real thief, sing songs and prove his innocence. He must solve the riddle of the Oracle, which warns him of betrayal by a friend; fight the monsters on his trail, from Medusa to the Minotaur; and come to terms with the father who abandoned him. Adapted from the best-selling book by Rick Riordan and featuring a thrilling original rock score, this musical is an action-packed mythical adventure that will rock your world - and the underworld.